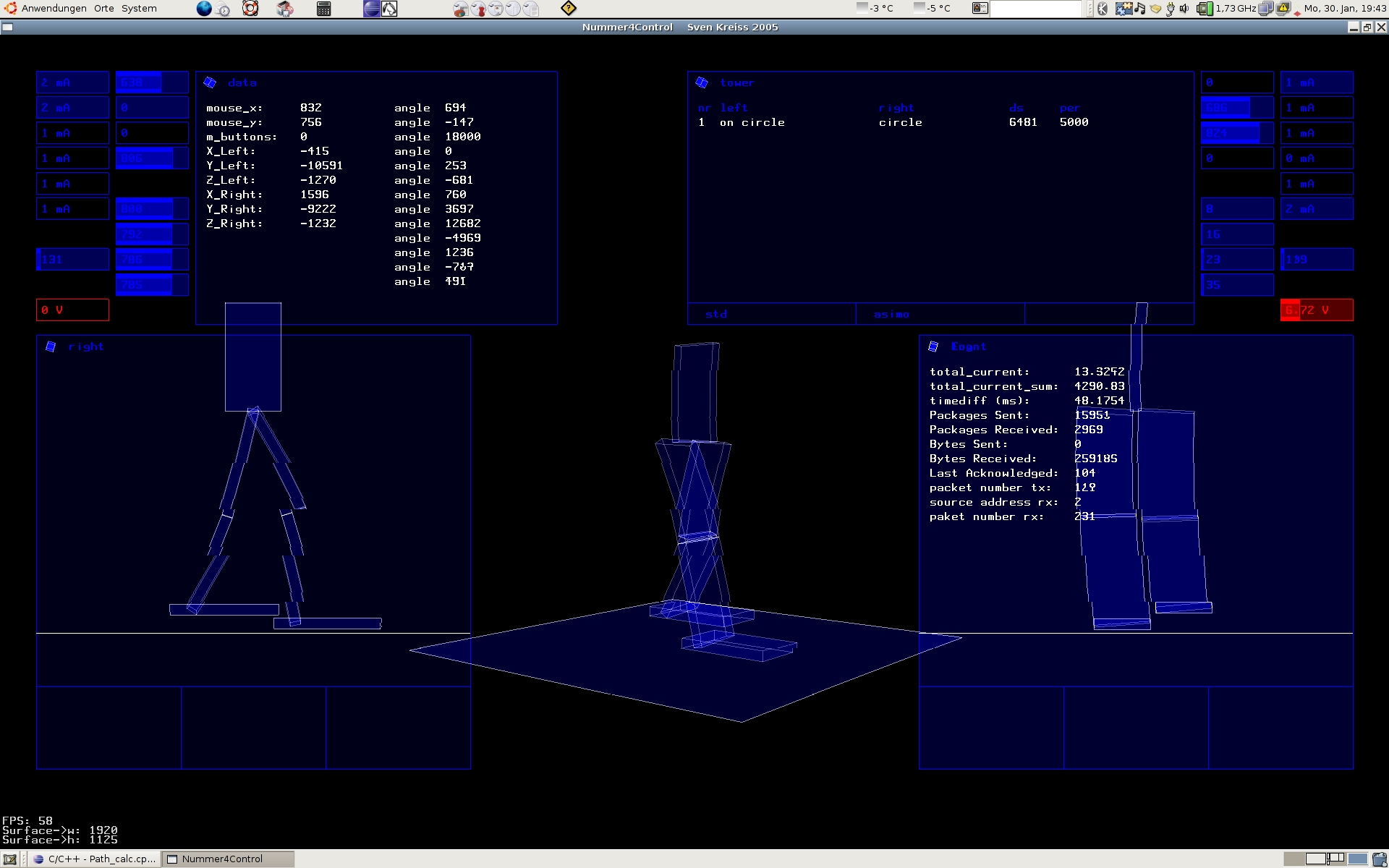 Main goals are a body, a new electronic and more sensors. The new electronic boards for the legs are already working. The sensors at the foots are added and calibrated. 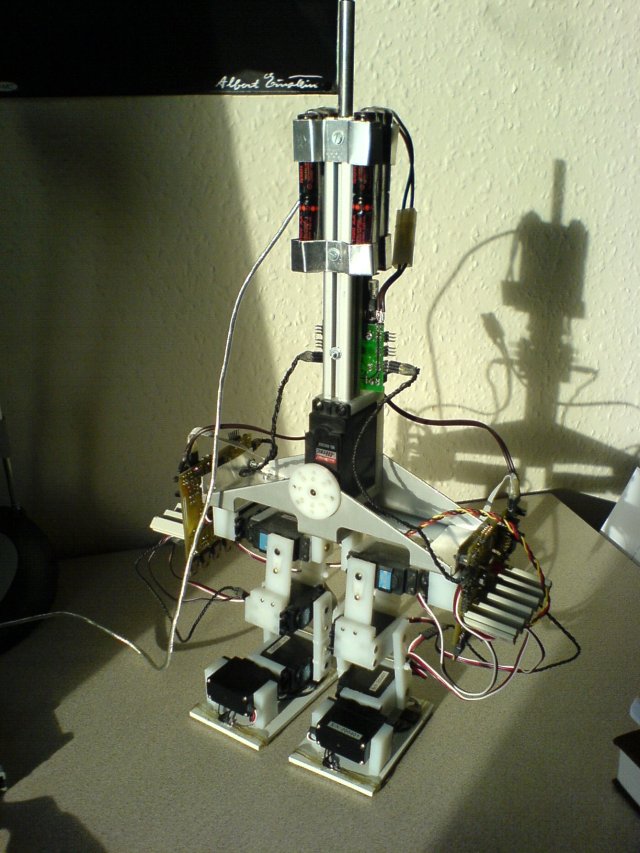 Some older articles for reference:

Just want to put up some screen shots from one of the OpenGL program that was used as a backend. 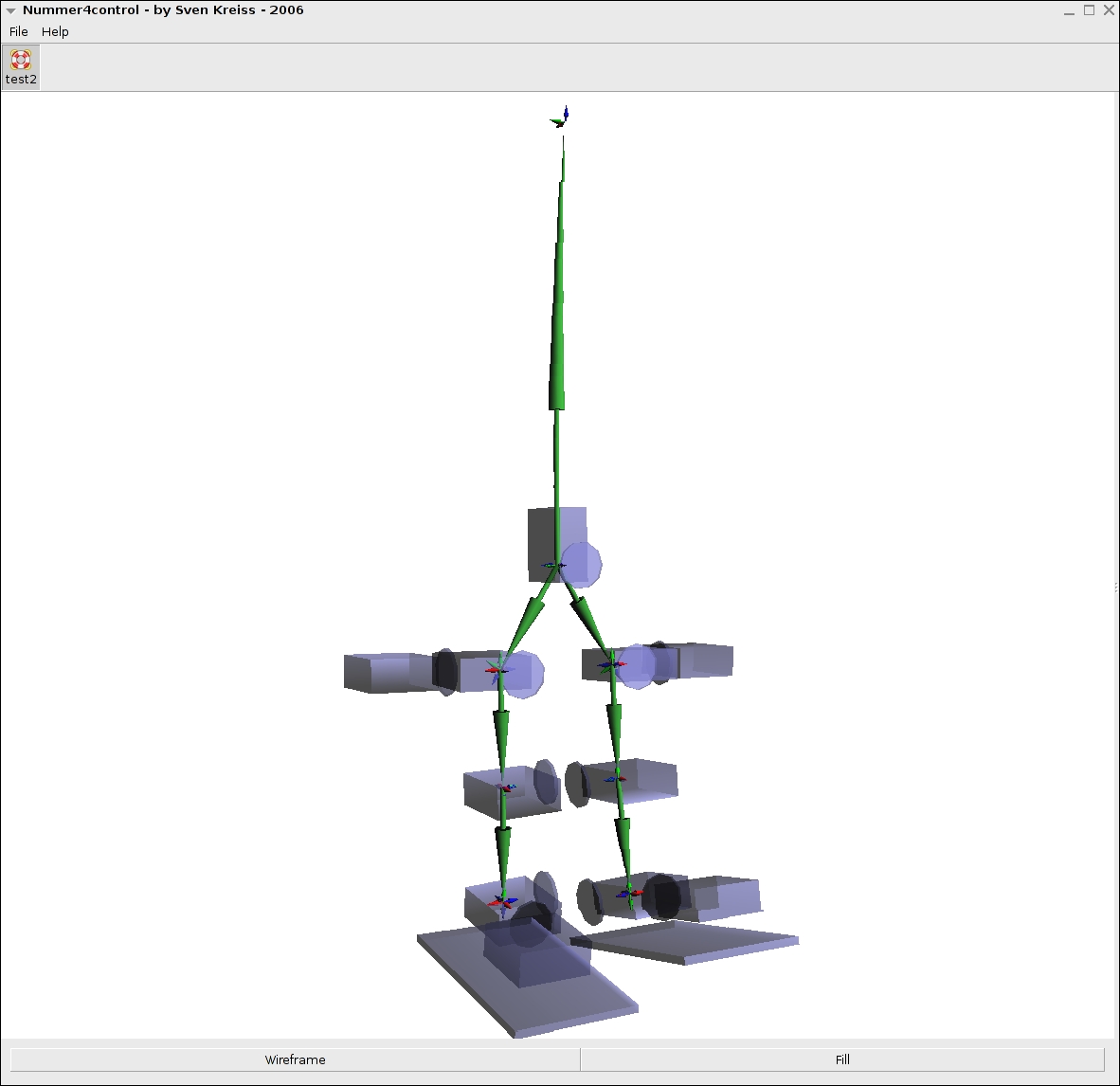 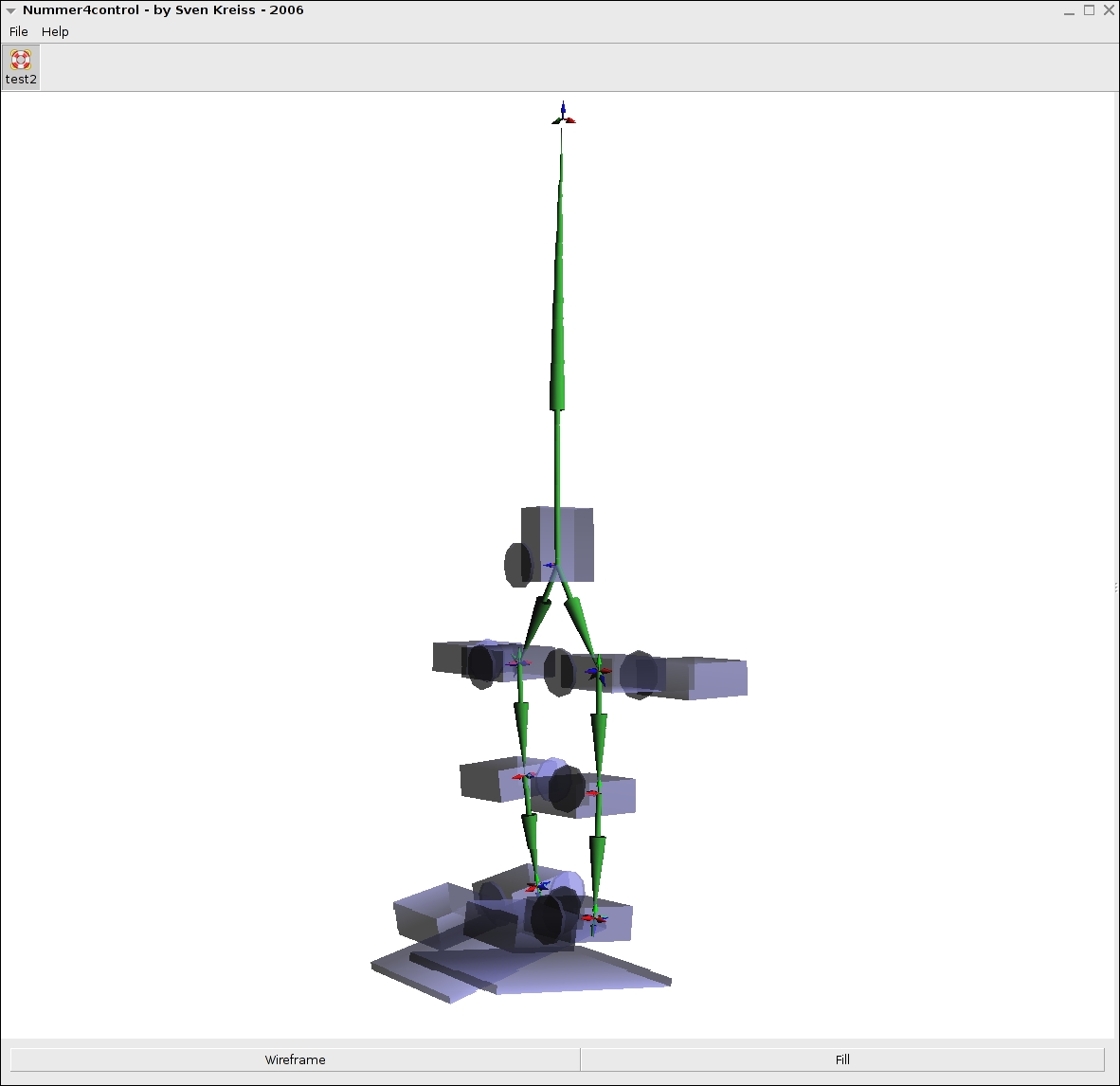 The robot has eight force sensors now. Four on each foot. The force is measured with a force-sensitive resistor. It is an element consisting of several sheets of foil with two pins. The resistance between the two pins changes with force on the foil. Without the force there is a resistance of more then 2MOhm. With two fingers one can reduce this resistance down to approximately 2kOhm. One end of the force-sensitive resistor is connected to 5V. The other one to one of the eight ADC-Inputs of the ATMega16 and to a 100kOhm resistor which is connected to ground.