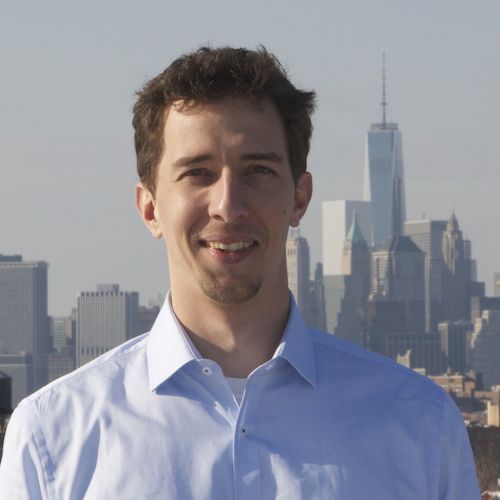 The majority of self-driving accidents are caused by unnatural behavior of the autonomous car. My research focuses on the human component of self-driving to make autonomous cars behave more like human drivers. My projects in perception determine the social cues of pedestrians, cyclists and other drivers providing a richer representation of the world that is relevant for social behavior. My control projects investigate end-to-end trainable policies that obey social norms, e.g., a robot should not try to pass between two people that are talking to each other and instead go around.

I am a postdoc at the Visual Intelligence for Transportation (VITA) lab at EPFL in Switzerland. Selected publications:

I am also investigating new ideas for the Social Force model (presented at STRC2019 and hEART2019) and human path prediction in the context of self-driving cars.

Before returning to academia, I was the Senior Data Scientist at Sidewalk Labs (Alphabet) in New York City where I focused on machine learning for urban environments. My background is in particle physics where I hold a PhD from NYU and where I worked with Kyle Cranmer on physics and statistical analyses for ATLAS at CERN. I was on the core team that discovered the Higgs boson and the first person to see the 5σ threshold crossed.