pysparkling is a pure Python implementation of Apache Spark's RDD interface. It means you can do pip install pysparkling and start running Spark code in Python. Its main use is in low latency applications where Spark operations are applied to small datasets. However, pysparkling also supports the parallelization of map operations through multiprocessing, ipcluster and futures.concurrent. This feature is still in development, but this post explores what is already possible. Bottlenecks that were found while writing this post are now included in version 0.3.10.

I wanted to measure a CPU-bound benchmark to see the overhead of object serialization in comparison to actual computations. The benchmark function is a Monte Carlo simulation to calculate the number \(\pi\). It generates two uniformly distributed random numbers x and y each between 0 and 1 and checks whether \(x^2 + y^2 < 1\). The fraction of tries that satisfy this condition approximates \(\pi\)/4.

To understand the process better, I instrumented the job execution with timers. The cumulative time spent in parts like data deserialization on the worker nodes and a few more are aggregated in the Context._stats variable.

The test was run on a 4-core Intel i5 processor and this is the result: 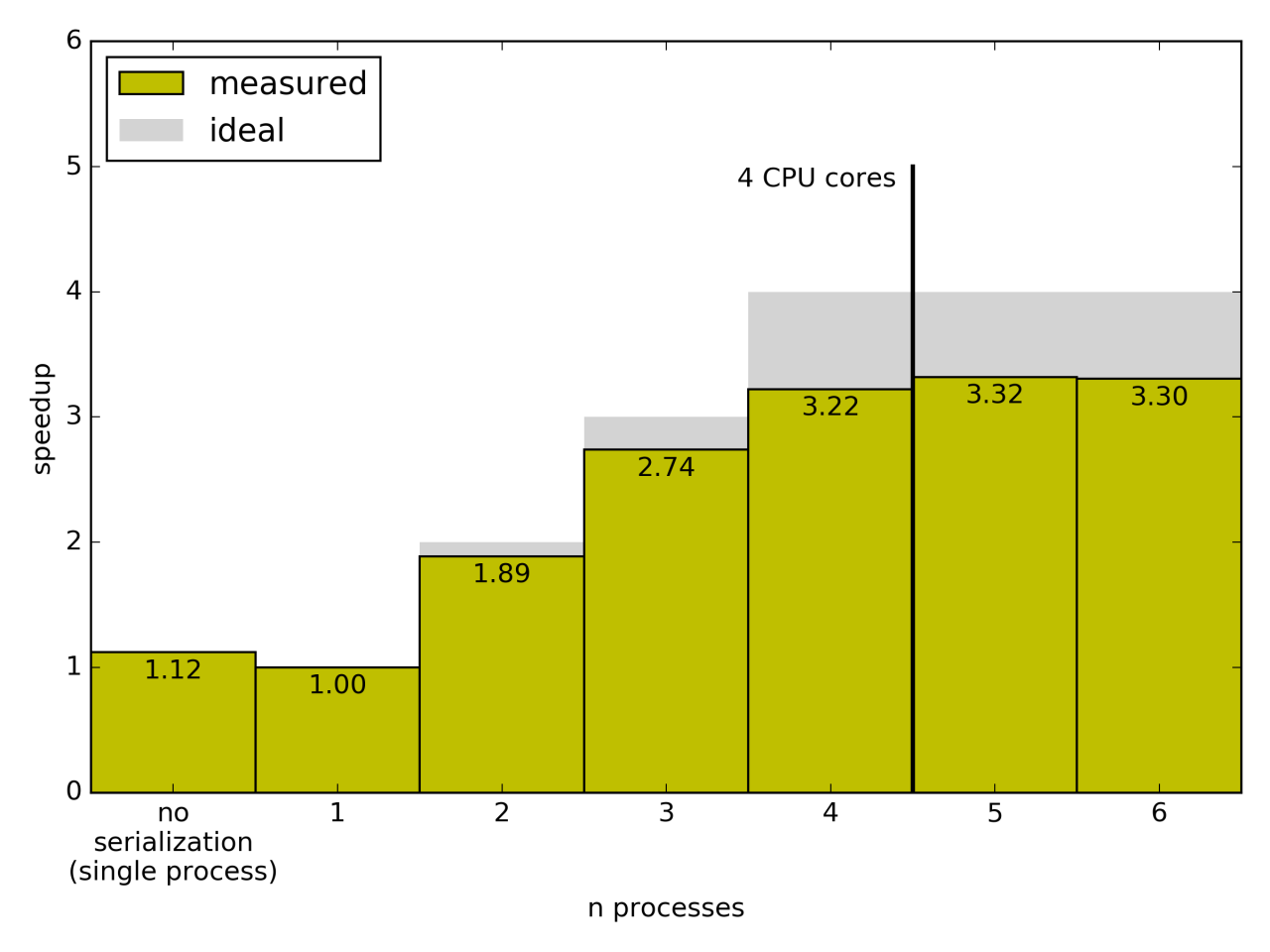 Achieving a 3x improvement with four cores is good in real world benchmarks. The new Context._stats variable gives more insight into where time is actually spent. The numbers below are normalized with respect to the time spent in the execution of the map function. The results for this CPU bound benchmark with four processes are:

The test was also run on a 4-core Intel i7 processor with Hyperthreading. You can see that the performance is slightly better than with the i5, but that the doubled threads do not double the performance. 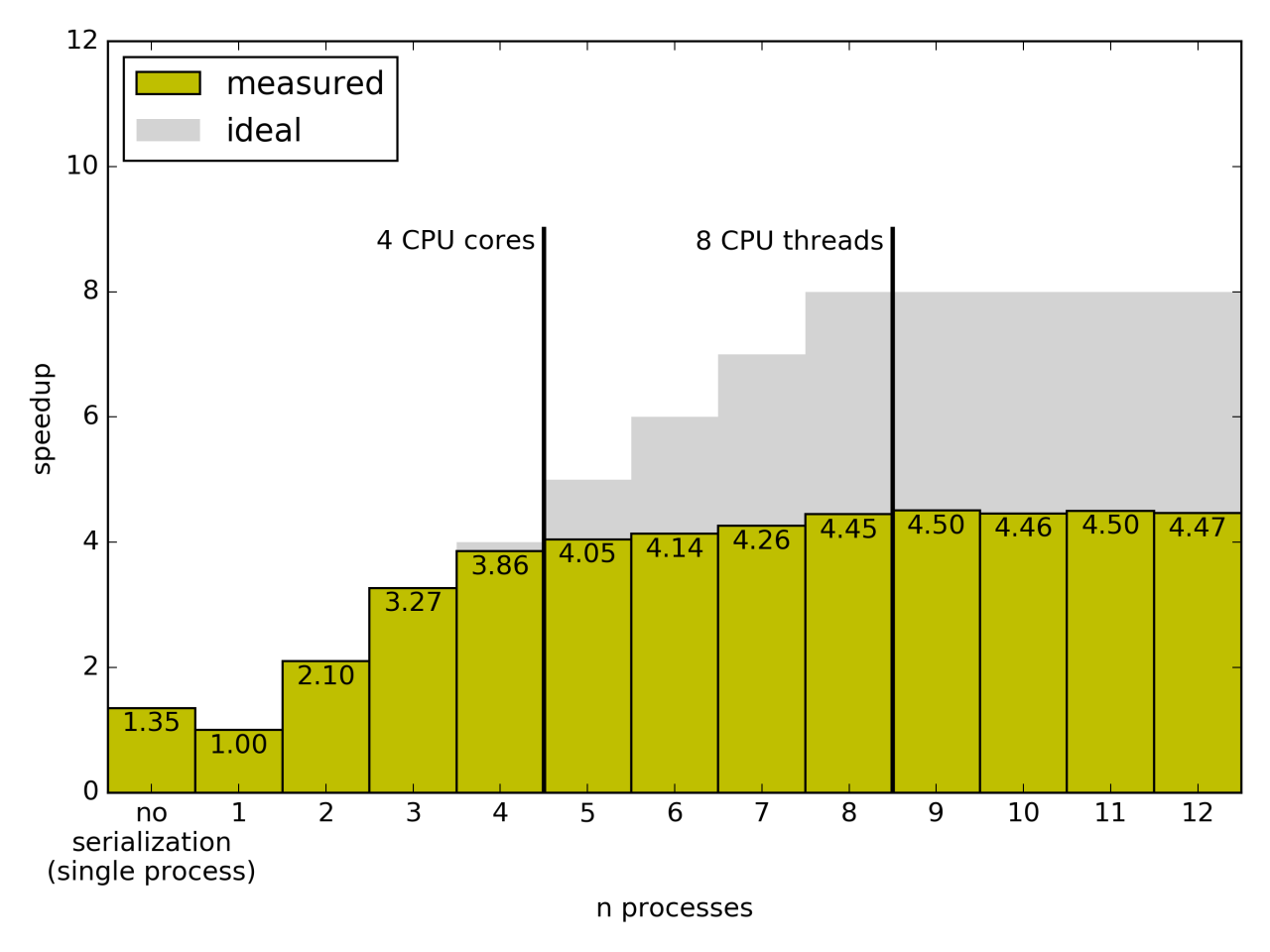 As a first pass at multiprocessing with pysparkling, this is a good result. Please check out the project on Github, install it with pip install pysparkling and send feedback.