Open source and open hardware electronics project to build a low-cost digital oscilloscope with an 8-bit microcontroller and a mobile phone screen. 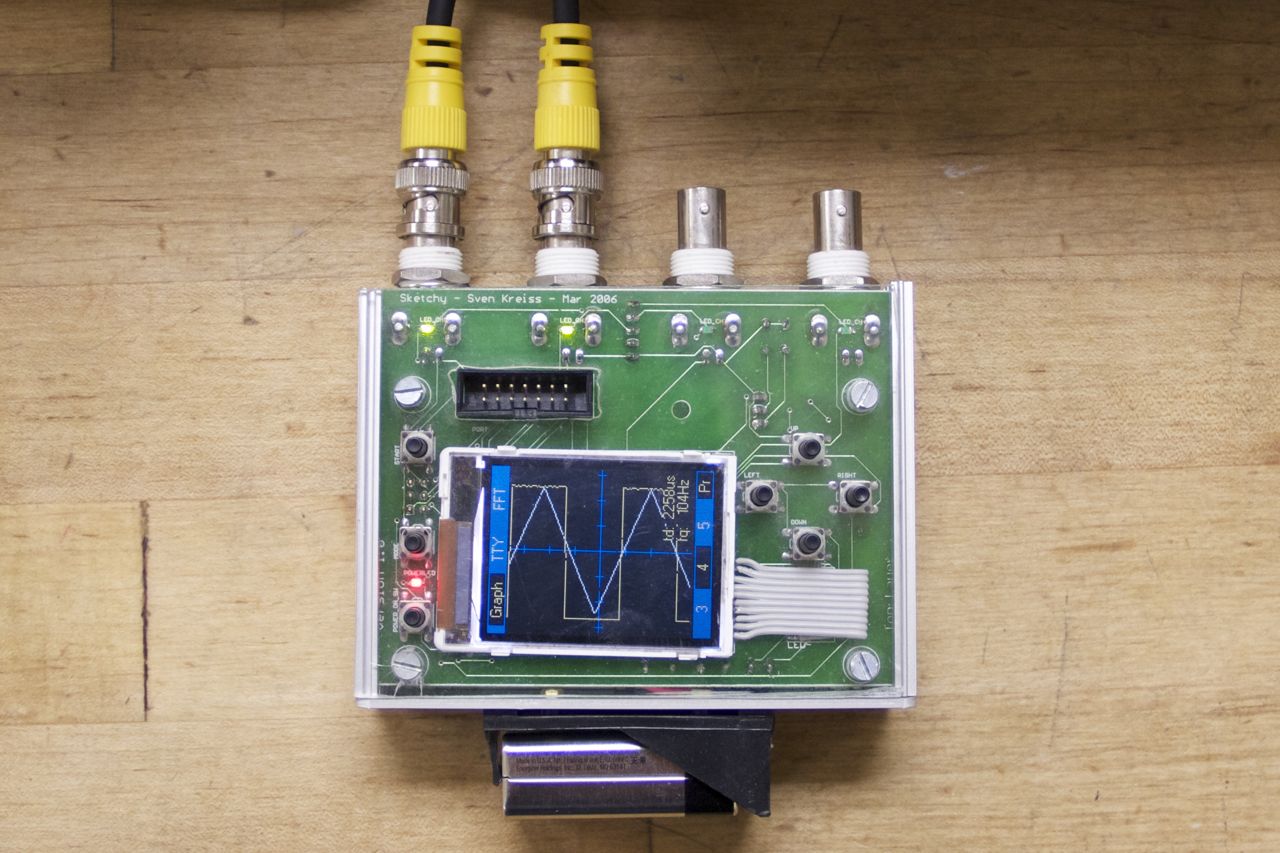 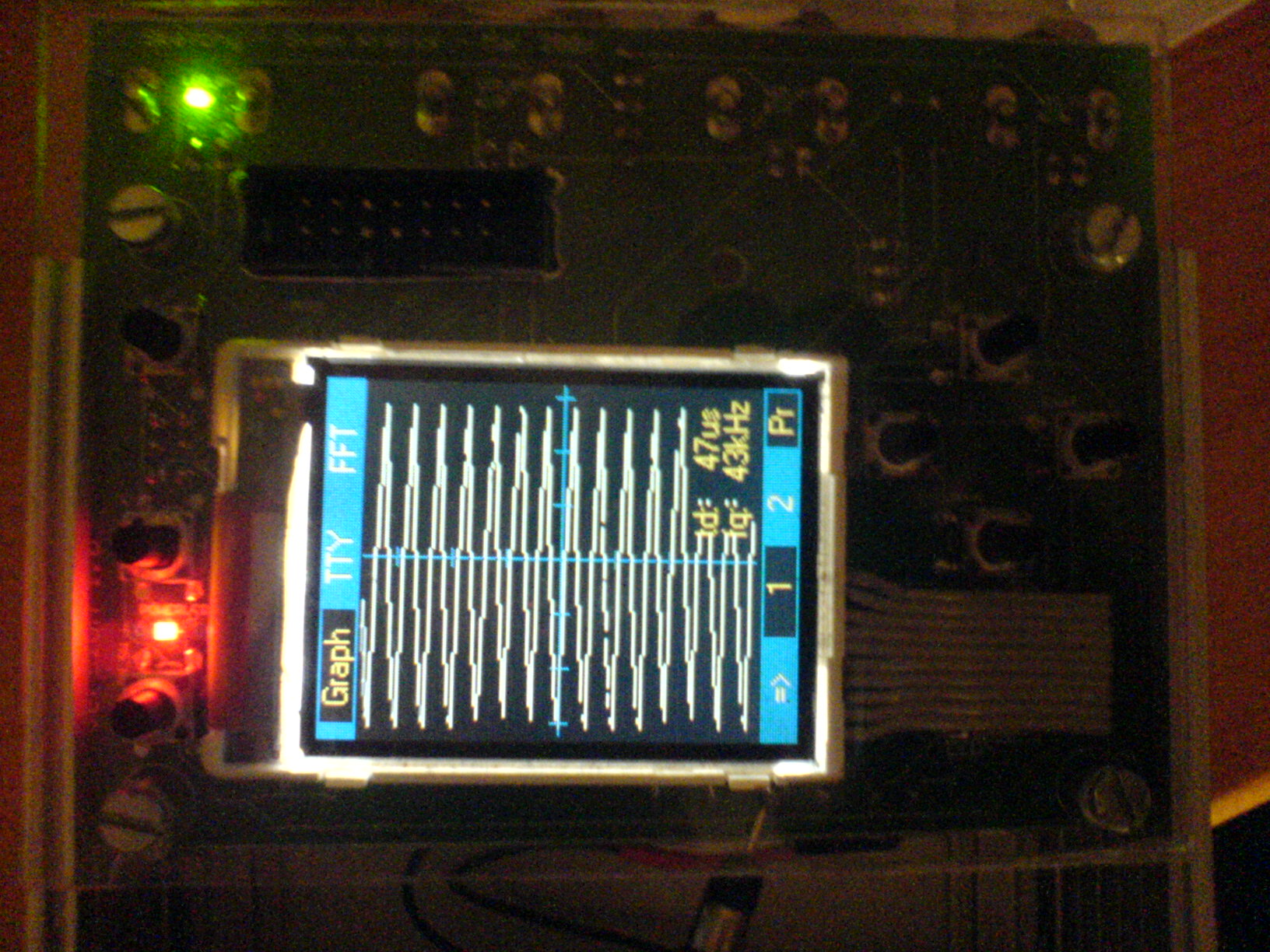 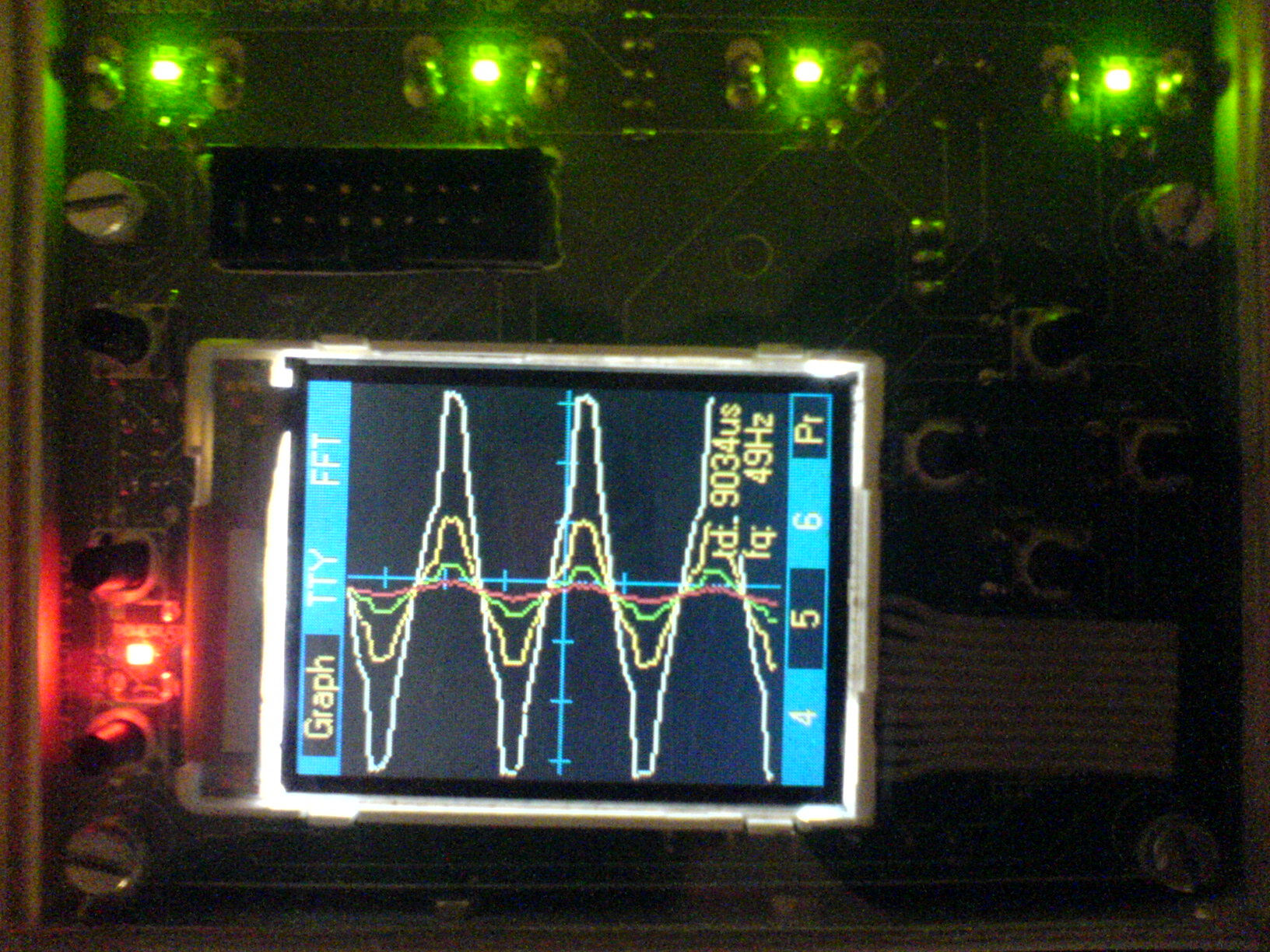 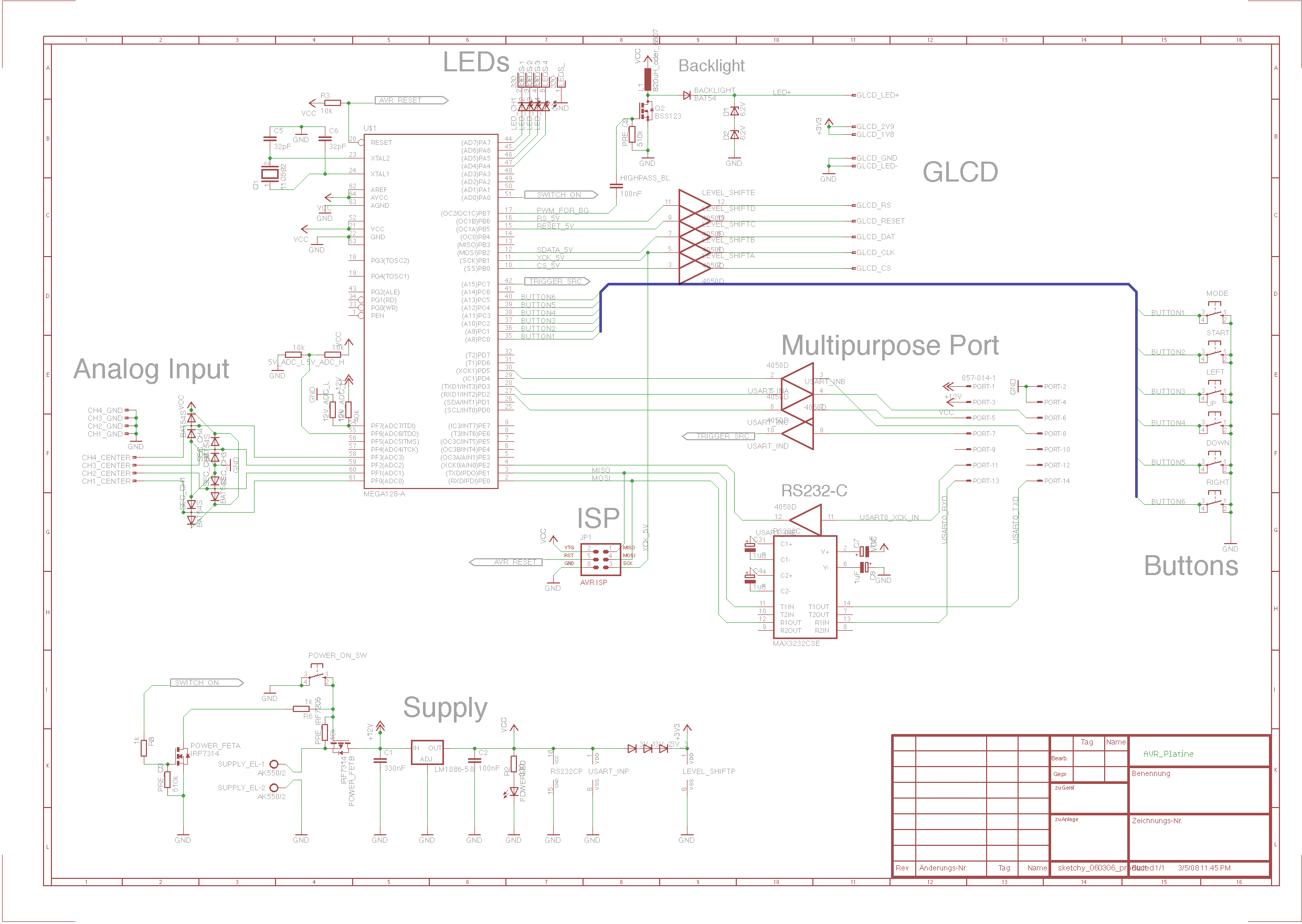 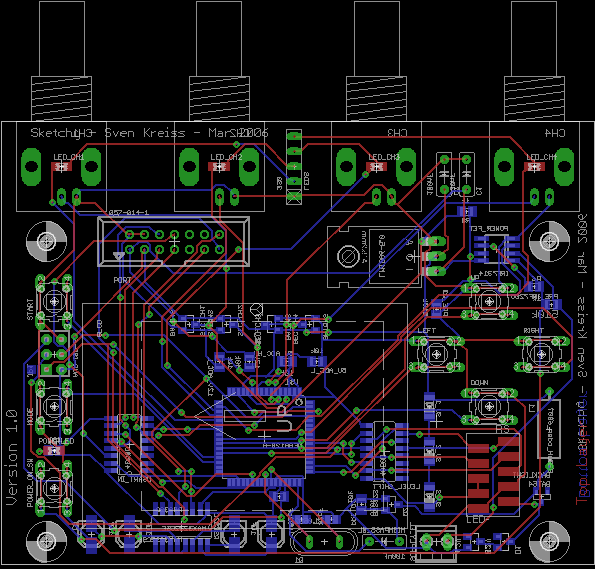 Please be aware that I built only one version. There are many flaws in that one version, but all photos/videos shown here are made with this version.

While playing around with this prototype, I was already making improvements to layout and board which I never built or tested.

This is an old project of mine. It was done in 2006 and some parts might be out of date. I cannot guaranty proper functionality or fitness for any particular use.